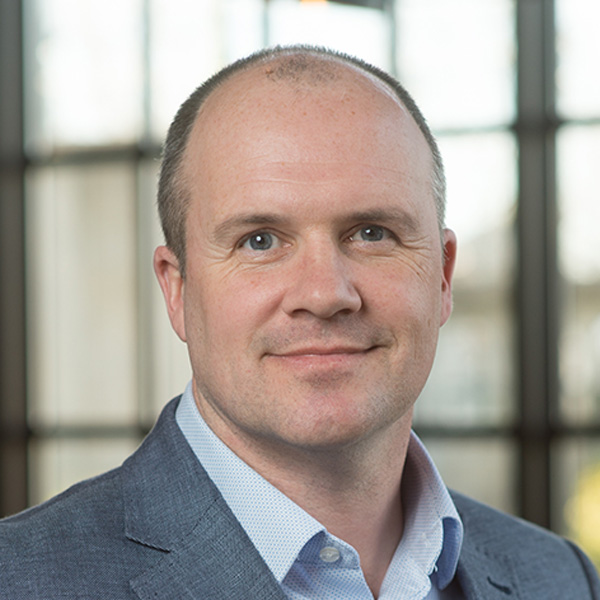 
Kieran is a Venture Partner, strengthening Finistere’s network in the Upper Midwest as well as maintaining strong relationship with our partners in Ireland. He established the Finistere Ventures E.U. office in Dublin and launched our Ireland Agtech Fund (IAF) in partnership with the Ireland Strategic Investment Fund (ISIF) in 2017.

Currently, Kieran is a Mentor-in-Residence at the University of Wisconsin focused on innovation and technology commercialization in Engineering and Physical Sciences. Kieran brings a wealth of international experience from large chemicals companies and biotech/cleantech start-ups to the Finistere team. He started his career with the global chemical firm, ICI, and spent a decade in the catalyst industry with ICI and Johnson Matthey in a range of technical and commercial roles across the globe. During this time he worked closely with major agribusiness customers such as Cargill, ADM and Bunge.

Following his career in the chemical industry, Kieran entered the world of start-ups. He first worked at Solzyme – an algae biotechnology company – piecing together the company’s initial manufacturing supply chain and launching its first commercial product (a skincare serum). Kieran then led the business development activities at Virent including a successful partnership with The Coca-Cola Company in the development of a 100% bio-based PET bottle. Upon joining the Finistere team, he turned his attention to the application of biotechnology in agriculture.

In addition to the US and Ireland, Kieran has lived and worked in Germany, the UK and Argentina. Kieran has a degree in Chemical Engineering from University College Dublin, Ireland and an MBA from the Graduate School of Business at Stanford University where he was an Arjay Miller Scholar.